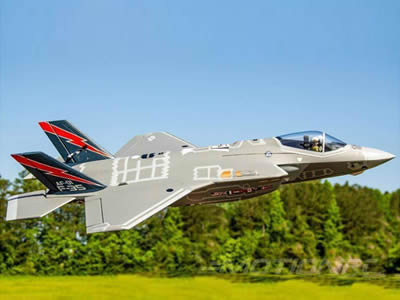 if buyers want to know wholesale discount price,please contact us by e-mail.

Freewing are excited to announce our all-new 2019 F-35 Lightning II! To bring this model fully into the modern EDF era, we started from the ground up and redesigned a completely new mold for Freewing's most popular 70mm jet over the past decade. Now powered by an inrunner motor and 12 blade 70mm EDF, the 2019 F-35 is larger, faster, more accurate, more powerful, and more easy to fly than Freewing's older 2010 version. Fly into 2020 with the best foam electric F-35 in the world!

The exterior shape of the model features the highest level of scale fidelity of any electric F-35 on the market. A correct nose shape, tail group, sharpened stealthy facets, and the telltale RAM paneling throughout the aircraft are all precisely modeled. Thin and shallow panel lines, a very intricate paint job with over 15 paint molds, and multi-color factory-applied decals combine to create a very realistic effect. Even the facted EOTS sensor under the removable magnetic nose cone is recreated in tinted plastic. Our all-new 2019 Freewing 70mm F-35 Lightning II proudly wears the tail flash of EF-01, the first F-35, to commemorate the men and women who continue to operate EF-01 at Edwards Air Force Base in California to this day.

For pilots wanting to fly a modern generation aircraft with similar flight characteristics to our popular Freewing 90mm F-22 but at significantly lower operating cost, the Freewing 70mm F-35 is an excellent choice. Having gathered feedback from many customers about Freewing's nine year old F-35, we improved all major components of the aircraft. First, the model is made of EPO instead of EPS foam. Second, it is slightly larger, features a stronger power system, and incorporates a wing spar and detachable wings, compared to the old model which was small, 4s powered, and didn't have a wing spar for its glue-on wings. Third, we relocated the battery hatch to the top of the aircraft to give easy access in a generously sized battery bay to modern receivers, gyros, and flight battery. Say goodbye to frustratingly undersized plastic hatches under the fuselage. Third, the model features a no-glue assembly, and all flying surfaces attach via screws for easy transport, servicing, and replacement.

The all-new 2019 Freewing 70mm F-35 Lightning II also incorporates two important functional improvements. To provide reliable grass operation, this model includes pre-installed electric landing gear with aluminum suspension struts. Oleo mains and a trailing-link nose help absorb the shock of rough landings or taxing through uneven grass. And secondly, the full flying horizontal stabilizers feature an integrated plastic-to-plastic hinge joint that is durable to withstand 100+mph speeds. Older F-35s were known were weak landing gear and weak elevators, so both of these areas were completely redesigned to deliver the level of performance our customers expect from our EDFs in these modern times.

Optimized as a modern 70mm jet trainer, this model is ideal for pilots wanting to step into the world of EDF jets and learn essential skills before they advance into larger aircraft in our 80mm and 90mm series. Learn coordinated turns with the rudders and ailerons, get used to throttle management throughout the aircraft's full acrobatic flight envelope, and practice perfect landings on the suspension struts. One of the advantages of the F-35's 6s power system and larger size is that it uses the same 6s 4000mAh and 5000mAh batteries that our 80mm and 90mm EDFs use, so those batteries can remain in your fleet and be shared across many model aircraft. The F-35's inrunner power system is efficient enough for 4-5 minutes of mixed throttle flight, and powerful enough for fast speeds and confident takeoff from short grass runways. While sporting the outline of the real stealthy F-35, our model is still optimized aerodynamically to land as easily as any of our other recent EDF jets.

Note that although the F-35 can take a 5000mAh LiPo, for best flight performance and weight consideration we recommend the 4000mAh. 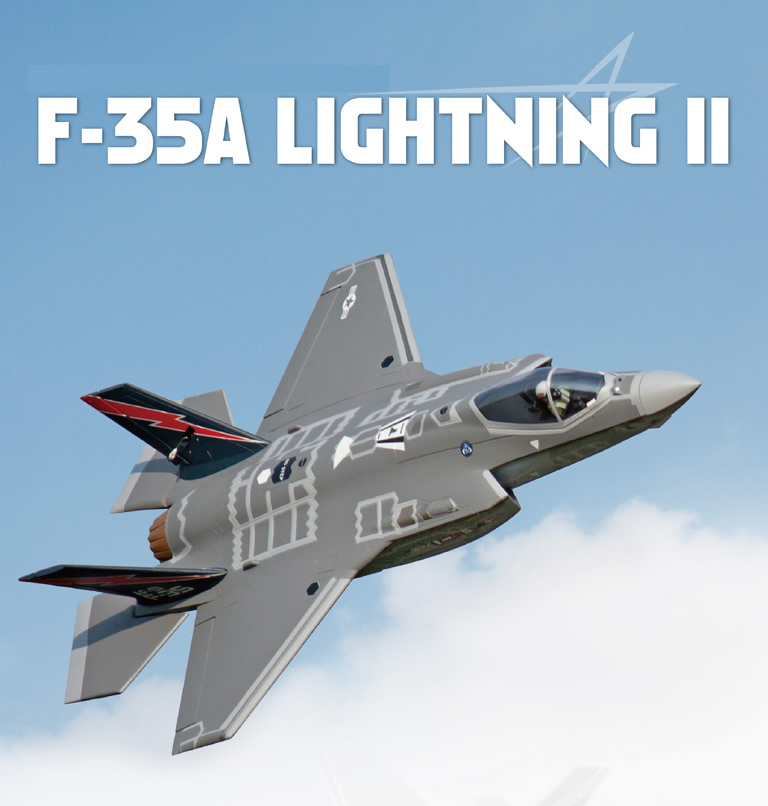 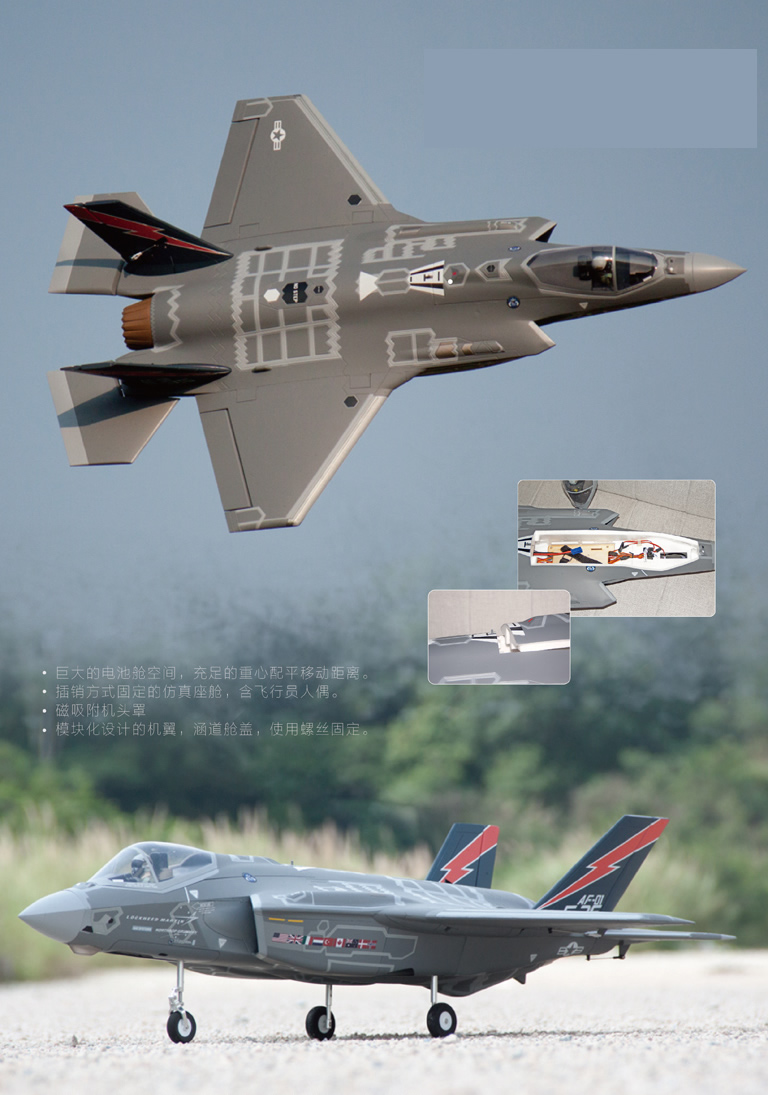 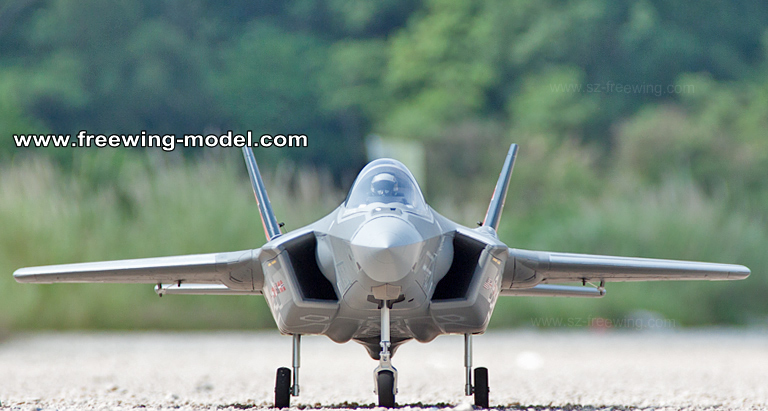 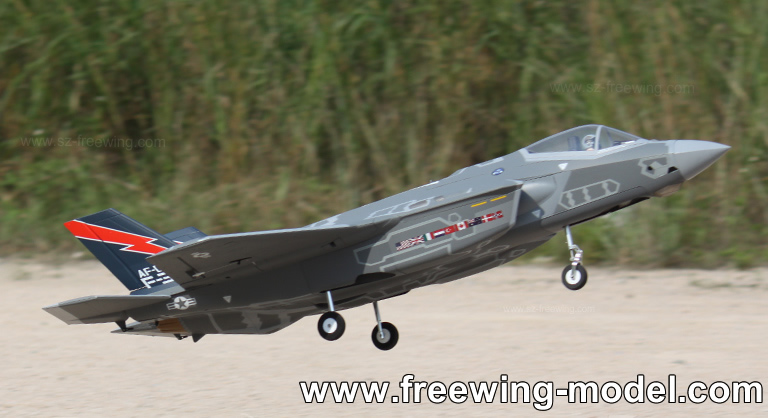 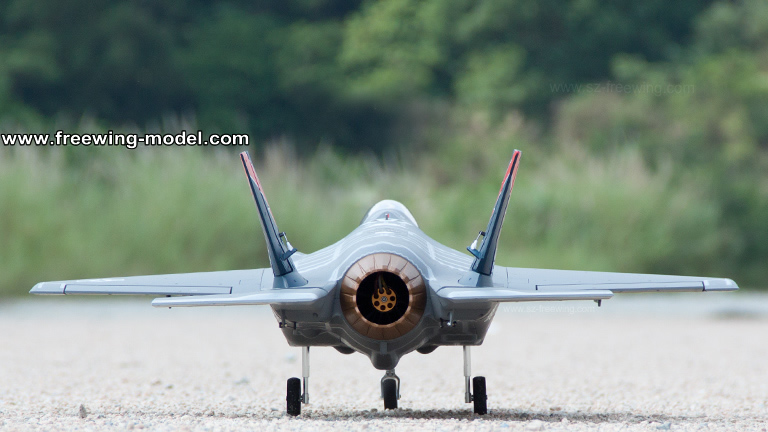 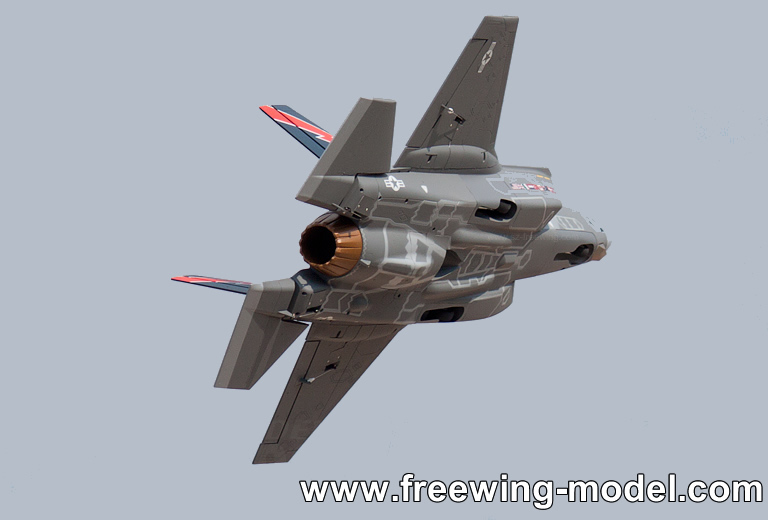 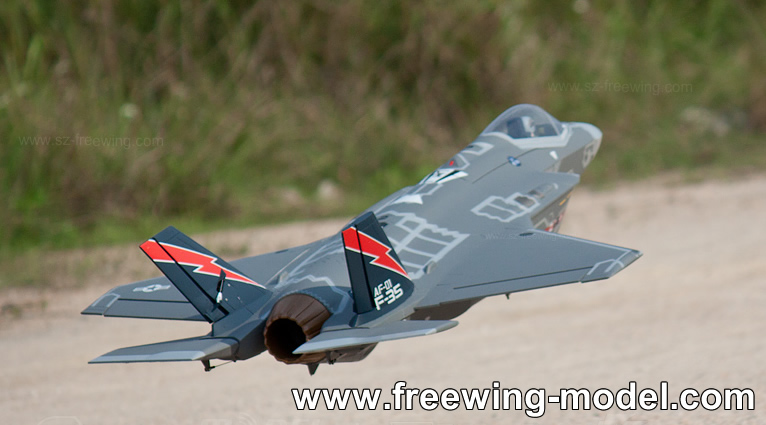 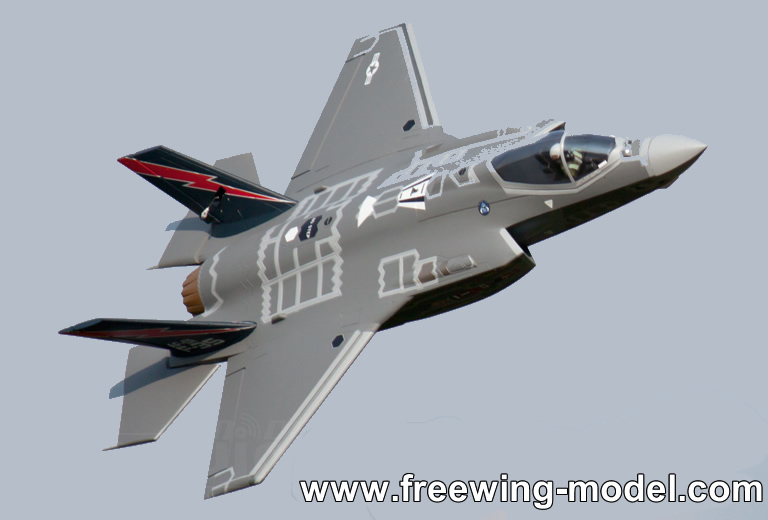 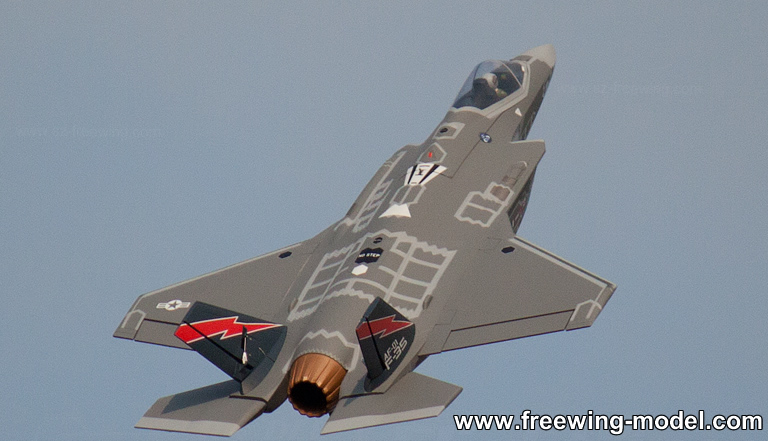 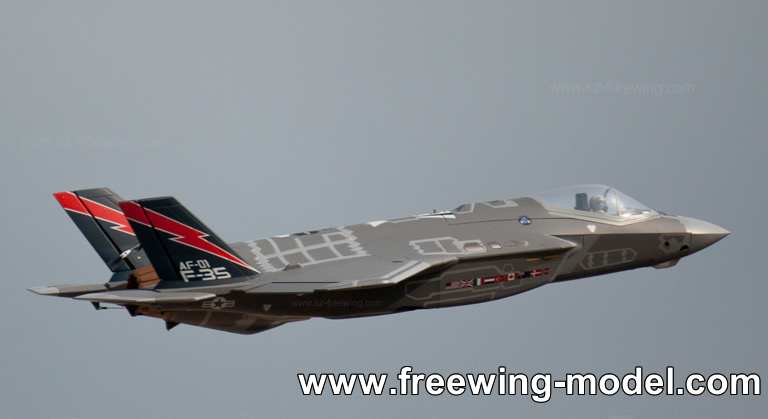